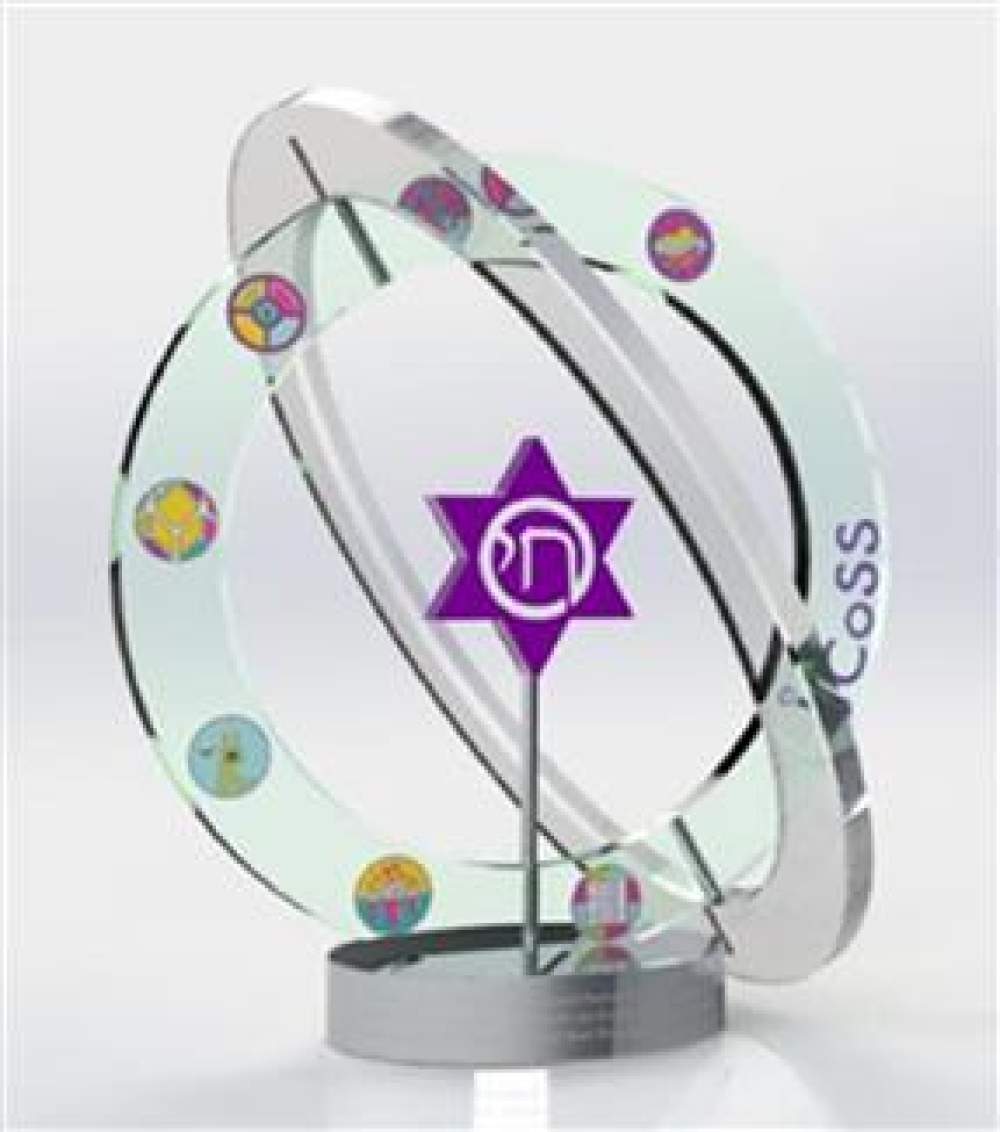 We are excited to announce the winners of the House Trophy competition.  Students were invited to submit designs that reflected the character and ethos of the school and which would make a fitting and impressive trophy to emphasise and embed the importance of the house system at JCoSS.  Entries were judged by Mr Moriarty, and Jeremy Kosky our Chair of Governors.

Amongst the entries, two stood out: Sydney Stone’s design beautifully reflected the Jewish heart of JCoSS, featuring the Magen David, and also incorporated the symbols of our 7 houses, which were themselves designed by students in the current Year 11 when they were in Year 7.  Charlie-Luca Gruzd very creatively reflected our science specialism in the interlocking circle design which was inspired by the models of the molecular structure of Oxygen devised by Niels Bohr, the Danish Jewish Physicist after whom all our “B” forms are named.

Charlie-Luca explained: “Oxygen sustains life; it’s the reason why life exists on Earth.   Oxygen must have
been one of the elements in the ‘breath of life’ described in Genesis 1.30 which is why some people
also refer to it as ‘Breath of God’, so it ties the trophy to Science and Judaism – two leading elements of JCoSS.”

In the end we liked both so much that we gave the design company the challenge of combining both into
one.  We are delighted by the final combined design as shown, which is currently being turned into an 11” high
trophy, to be presented to the winning house for the first  time at the end of this term.

We are hugely grateful for the donation that has made this possible: it has been made in memory of Mr Kosky’s parents and father in law.  Congratulations to the winners and thanks to all who entered.