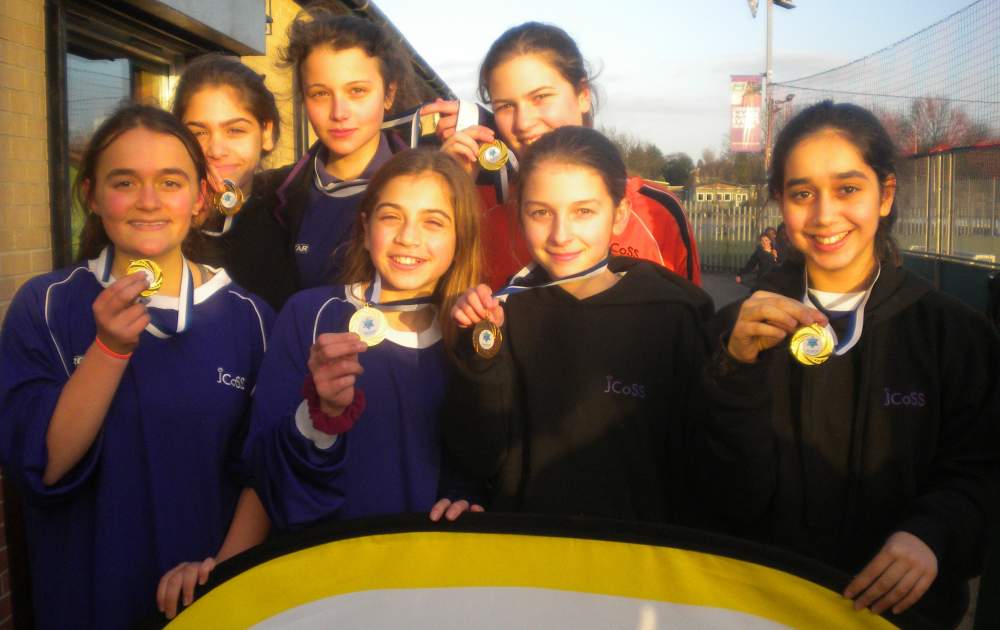 KS3 and KS4 Barnet Champions in badminton!
Congratulations to the Year 9 and Year 11 teams who won the Barnet badminton tournament and who now go on to represent the borough in the next round of the competition. The Year 9 team: Ben Felt, Sam Lachmann, Gabe Cooke and Asher Kelvin. The Year 11 team: Aaron Shimoni, Zak Jackson, James Cubin and Saul Fenton (from Year 10).

Maccabi Netball Tournament
Congratulations to the Year 9 girls who won the Maccabi netball tournament against all other schools in the Jewish Community. All the girls did exceptionally well, with a stand-out performance from Phillipa Steen. The Year 7 girls came second in their netball tournament and also did a fantastic job.

Maccabi Girls Football Tournament Congratulations to the Year 7 girls who won their Maccabi football tournament. A special mention goes to Hannah Webber who scored 7 goals in one particular game. Following the winning streak, our Year 9 girls played some great games of football and also won their Maccabi football tournament. Rio Rosenberg was their outstanding performer. We are very proud of all our JCoSS teams, who put in amazing performances and beat some very good teams.