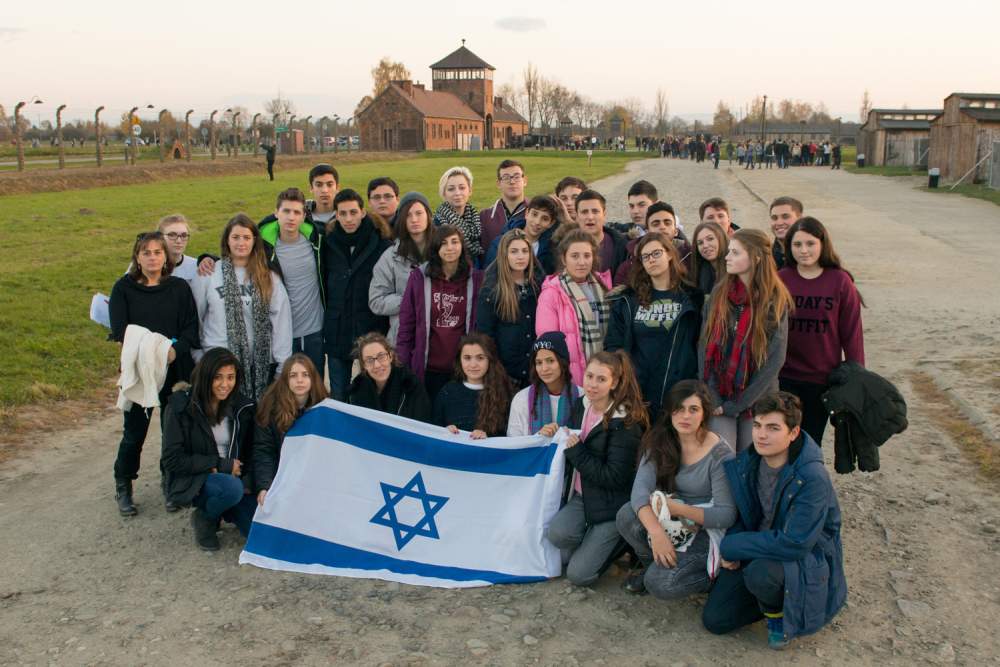 On 2nd – 6th November 2014, a group of sixth form students were given the opportunity to visit Poland. This was a real chance for us to understand more about the Holocaust and to learn about our Jewish heritage. Each day was packed, full of many visits to important sites and we were very tired at the end of each day.

On the first day we visited the Jewish Cemetery in Warsaw, the new Jewish museum amongst different memorials. I particularly liked this museum, as it was very interactive and there was so much to see about Jewish history, which cannot just be learnt in a classroom.  However, the cemetery was very moving and not like any other cemetery I had been to before.  The different languages on the graves helped us identify the type of person that was buried and we also saw mass graves for the Jews who died without any records.

We also saw the wall of the Warsaw ghetto, before we headed off to Majdanek, one of the many labour camps that the Jews were sent to, during the Holocaust. This was very emotional and hard for us as we walked through the gas chambers and the crematorium.

We then travelled to another city, Lublin. This used to be a Jewish city, home to many Hasidic Jews. There were many Synagogues, and even the hotel we stayed in used to be a Yeshivah.

We also visited a forest in Zblytowska Gura, with a mass grave, where many Jewish children were murdered and buried. This was really hard for us to take in, but it was a warning about what was coming next.

Auschwitz, for me, was the most important site and the one which had the biggest impact. The museum, including the book of names was really upsetting for us and I really felt a connection to the history and heritage of the Jewish Community whist there.

We then completed the trip with visits to the old city of Krakow, the Jewish quarter of Krakow (Kazimeirs), as well as the Krakow ghetto wall, the deportation memorial, the Eagle Pharmacy and Schindler’s factory.

Overall, the trip was very meaningful and inspirational for all of us and we all learnt a lot. Some students summarised the trip with the following words: “honourable, philosophical, heritage, remembrance, inspiring, heart-breaking, moving, touching, powerful and breath-taking.”
“It was a very important, eye opening trip” and “it was an amazing experience that I’ll never forget, where I was able to connect with the past and show my respect and thoughts to each individual who lost their life”.