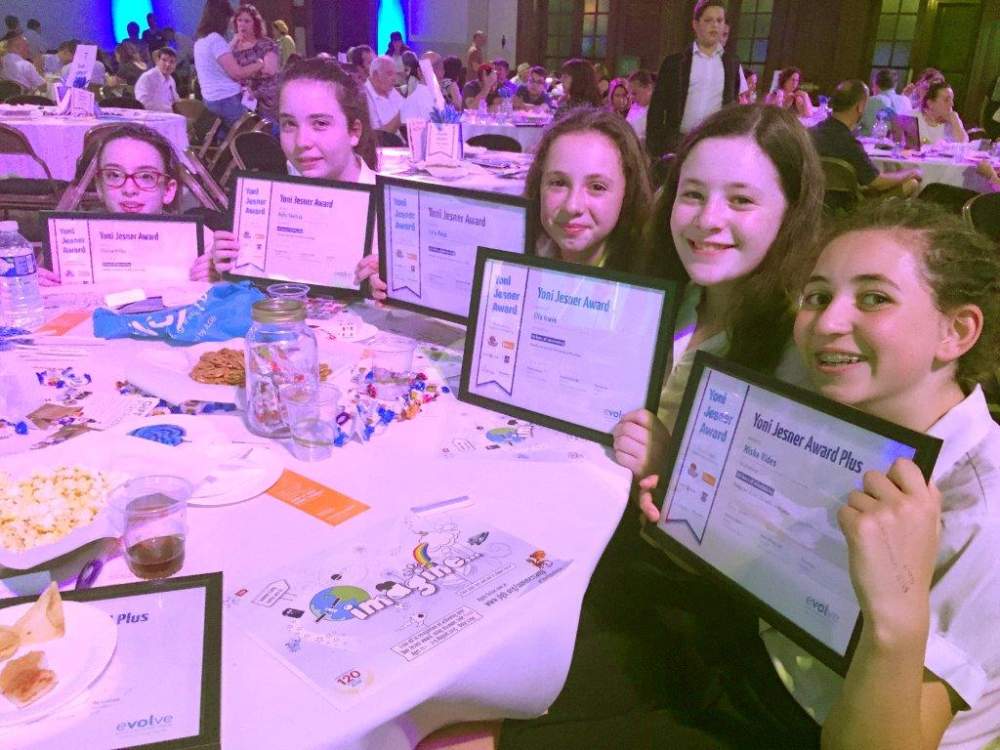 Many JCoSS students are wonderful volunteers and a group of Year 7 and 8 students were recognised for their volunteering efforts at the Yoni Jesner Awards in Camden Town Hall on the 2nd July.  Tragically killed in a terrorist attack, Yoni was a young leader who was an active volunteer.  The awards recognise the efforts of young people in volunteering throughout the community.  The Chief Rabbi of the United Synagogue, the Mayor of Barnet and Marsha Gladstone who is Yoni’s mother all spoke to the students and the evening was compered by a JCoSS student, Oliver Abrahams.  We were all very proud, especially as the award was originally established by our own Deputy Head Elaine Robinson.