Home » Year 8 in the Spotlight for Performing Arts Careers Day 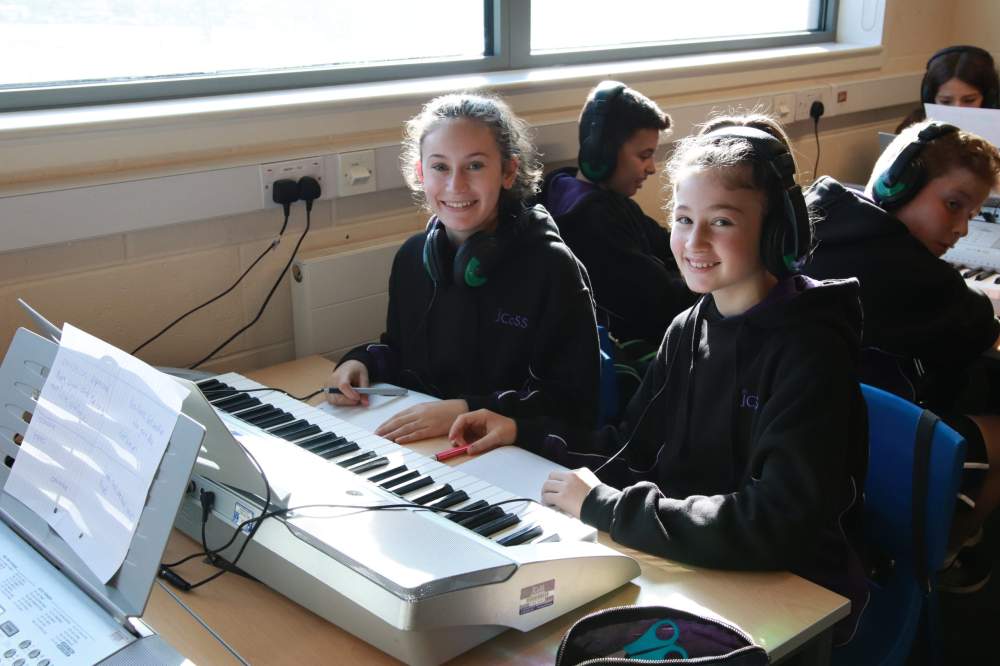 Year 8 took part in a day of activities designed to give them a taste of some of the careers available in the performing arts, and an insight into how the subjects they study relate to the world of work.
It was the third time JCoSS has organised subject-specific career events for an entire year group and the feedback we have had from students has been very positive. One student said of the day: “It really opened my eyes to different careers and I learned that there are many jobs and people involved in putting on a production/movie/TV series. I am very grateful for such a wonderful experience.”
The day began with an excellent performance by actors from East 15 Drama School and was followed by workshops, each student taking part in three different sessions – from Latin American Dancing to Samba drumming, opera singing, casting, theatre promoting, song and scriptwriting and more. The emphasis throughout was on students getting ‘hands on’ and having a go themselves.
Several parents and friends of JCoSS were among those who participated. All had kindly given their time voluntarily. Thanks again to all of you who supported the event – we couldn’t do it without you.