Home » Up for Debate – Regional Champions 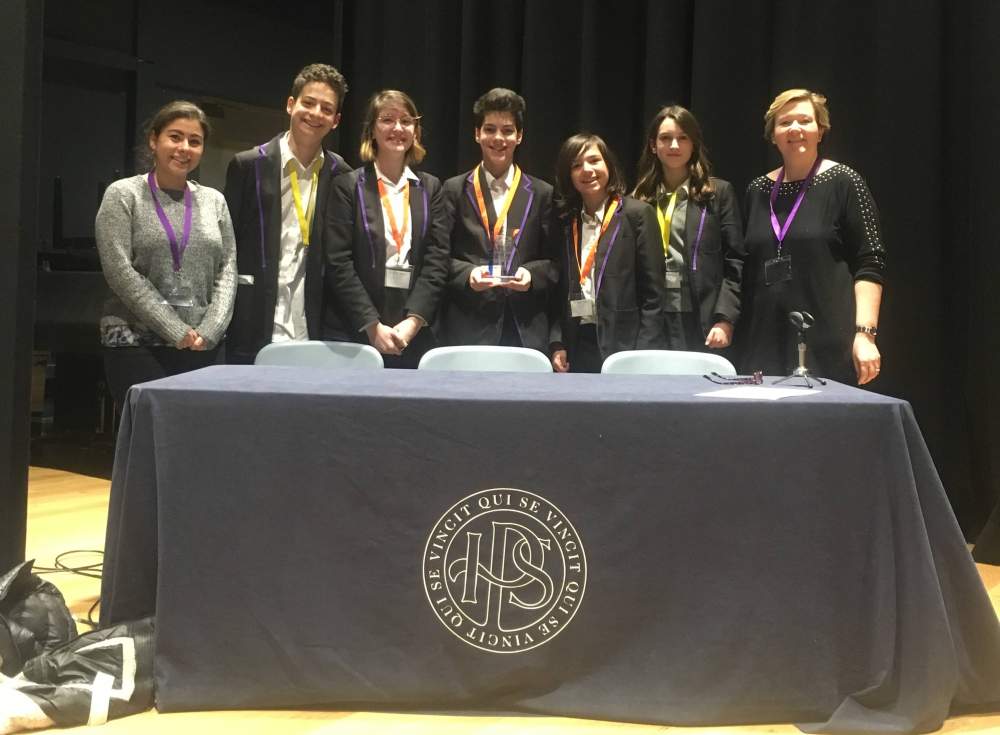 Last term we were given the fantastic opportunity of taking part in the PiXL Up for Debate debating competition. We made our way to Ibstock School, along with 34 other schools, who had gone through the same continuous training as we had in the months before.

We had been told in advance that our first debate would be on the broadcast of criminal trials, but we had not been briefed on our second impromptu debate, or whether we would be proposing or opposing. When we arrived, we were gathered into the main hall, where the final would later take place, and told our rooms, stances for the first debate, and how the rest of the day would be planned out. We were lucky enough to not be the first debate in our specific room, allowing us to see how it would actually take place, with an actual team who had prepared as much as we had in opposition.

As the day went by, we grew increasingly more confident with our debating skills, winning both our first planned debate, and our second impromptu (on the topic of “This house would make modern foreign languages mandatory up to the age of 16”) and feeling rather positive about our chance of being in the final. We were given feedback after all our debates, able to see the other competitors’ techniques, as well as improving our own. Not only did we increase our already evident love for debating, but we also continued to learn and develop our skills for later in our school or adult life.

When we were all gathered into the main hall for the final announcements of the top 5 schools, the top 2 going head-to-head, tension rose within the space. At last, they announced the top 2 schools, which to our surprise (maybe not a big one) included us! The first, second and summary speaker were sent into a separate room, while Ms Armon, Ms Politzer and the supporters waited in the hall. We had 15 minutes to prepare, but as the tension increased, so did our confidence. Finally, we walked on stage and debated against the opposition. After the judges left to go over the scores, they returned with a unanimous decision that our team was victorious! We were given our trophy, and then told we would go onto nationals, and even have master masterclasses in debating.

Overall, the experience was incredible. We developed our skills, techniques and even sportsmanship. It was an incredible event that we’re incredibly grateful for, and if you have an opportunity to take part in it, we highly recommend it!