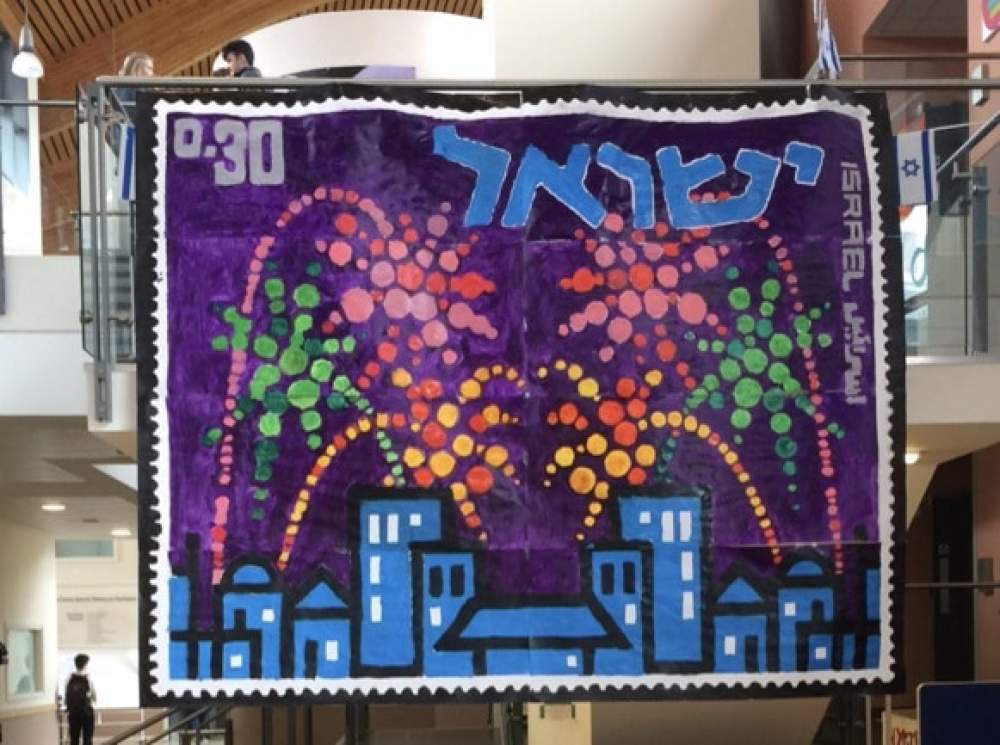 It has been a short but extremely busy half term in IJE, with the season of Yom Ha Shoah, Yom ha Zikaron and Yom Ha Atzmaut upon us.  Yom Ha Shoah was marked in school by a ceremony led by students who have just returned from the Poland Trip, and who brought their own personal reflections from their experiences of the camps and the museums to the assembly.  While we are often proud of our students, the depth of their reflection and beautiful words they composed made for a truly meaningful commemoration that surpassed even our own high expectations.

Yom Ha Zikaron was marked by another beautiful ceremony in school which was planned and led by the Israeli Scouts who volunteer at JCoSS.  Here for the year, they will be returning to Israel to begin their own Army service in the summer.

Yom Ha Atzmaut was, as always, an exuberant day of learning and celebration in school.  Students took part in up to 8 workshops through the day, as well as celebrating Israel though music, song and dance.  Year 8 completed a stunning mural which is currently on display in the Heartspace and, in a JCoSS first, the whole school came together to rehearse and sing a Hebrew song in honour of the day.  Anyone familiar with the large group performances of Al Kol Eleh will know the sort of thing.

Congratulations to our Year 9 team who represented JCoSS for the first time in the Etgar Israel inter-school quiz.  They worked very hard and distinguished
themselves well in a hard fought competition, coming 4th.  They also received second place for their Israel-Themed ‘mocktail’, proving that our students
have multiple skills in all kinds of areas and making them the highest placed school overall.

As if all of this was not enough, another JCoSS first took place over Lag b’Omer.  65 Year 10 students made their way to the wilds of Surrey to mark the festival with an overnight camp, taking part in the traditional activities of bonfire making and archery.  Traditionally a break in the mourning period which defines the Omer, Year 10 certainly made sure that the celebrations were both meaningful and suitably raucous!