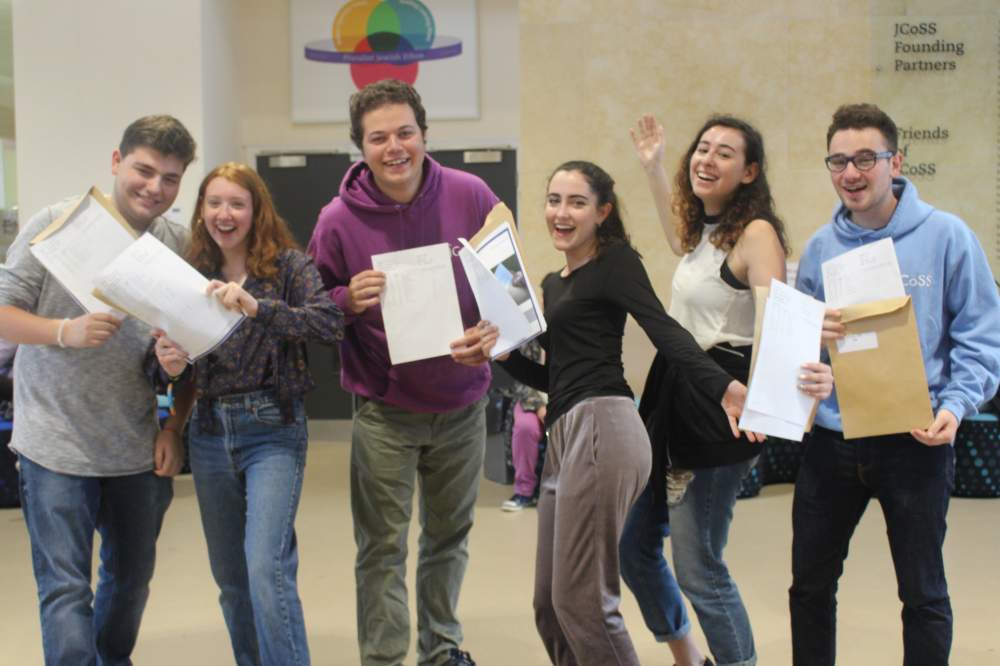 We are delighted to announce our first full set of A Level Results from our pioneering student cohort who joined JCoSS in 2010 when the school first opened.

Overall, over a third of grades were either A* or A, and over two-thirds of grades were at Grade B or above.  88% of all grades were A*-C.  We are thrilled that both students who received Oxbridge offers have also received the necessary grades to take up their places at Cambridge.

Among many outstanding individual performances are those of:

We are equally proud of stunning achievements in our pioneering vocational courses.  86% of all qualifications were at Distinction level or higher, and 40% were starred Distinctions, the top grade awarded.  Of particular note are:

Jamie Conway, Omer Golani, Daniel Gould and Morgan Jays all scored 2 starred Distinctions , and Morgan scored a further Distinction on top.
Luke Bodnar, Alice Salem and Gabby Levene both scored one starred distinction and 2 Distinctions.
We are enormously proud that both students (Jessica Shaw and Nathan Caplan) who had received Oxbridge offers, have secured their places for Cambridge and will be studying Theology and Natural Sciences respectively.

The majority of the year group have received the grades for their first choice university and are now set to embark on the next stage of their journey with courses including Medicine, Veterinary School and Dentistry at prestigious Russell Group universities.

Patrick Moriarty commented ‘This is the biggest milestone of the school’s history to date and we are thrilled with our first full set of A Level results.  This is a true testament to the hard work and dedication from our staff and students over the past 7 years.

This is a historic and highly momentous day for JCoSS.  It signifies the faith that every supporter, student and family put into JCoSS to give the children in our community an excellent education in a pluralist environment.  Today’s results justify all that trust and faith and we thank you again for giving JCoSS the opportunity to become a reality.

This special cohort of students deserves the superb results that have been achieved.  Not only have they gained high academic success, but they have grown into fine young people and become wonderful ambassadors for the school and the community.  They have become the fully-rounded  Mensches that JCoSS seeks to create and their legacy will resonate throughout everything that we do.   The history book has now been firmly written and I am as proud as can be that our first entry has been a resounding success”.