Home » Visit to the Globe Theatre 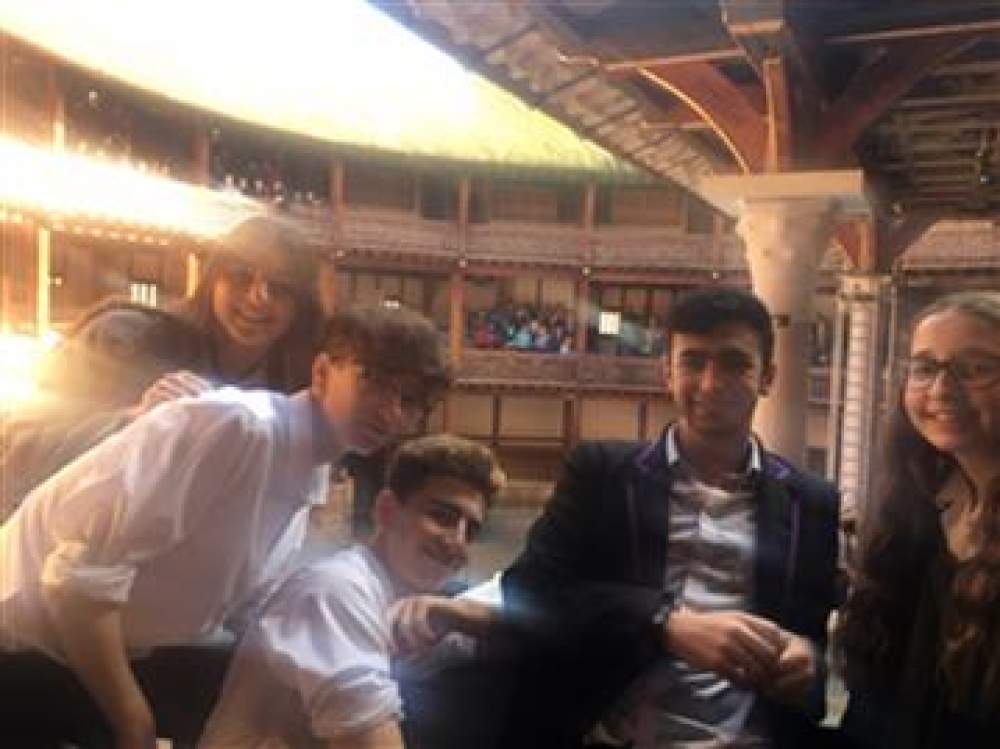 Studying Romeo and Juliet as part of our English Literature course, we are often reminded of the importance of understanding the stagecraft and dramatic nature of the play, for it is all too easily forgotten that the text was intended not only to be read, but more importantly, performed.

Last week, a bus-full of Year  11 students arrived at the famous Globe Theatre, historic home of Shakespeare’s productions, looking to gain a deeper understanding of the play and the audience for whom it was originally written. The day began with a skilled demonstration in medieval sword fighting, a common occurrence in the play, from the Globe’s own fencing master and two of his students. With perfectly choreographed duels and an array of weaponry, all modelled from real medieval blades, the actors brought the play’s brawls and battles to life.  They also gave an insight into the subtle clues that Shakespeare leaves us regarding the status of a character depending on their weapon of choice, each coming with their own social connotations.

After a tour of the main stage, we spent the remainder of the day working closely with actors currently performing in a number of Shakespearian productions. Taking extracts from the text, we discussed the prevailing themes and key scenes of the play, analysing each character’s wants and fears, then took on the roles ourselves and performed in groups, helping us to see the play from the perspective of the actors and explore the different ways in which the story can be interpreted.