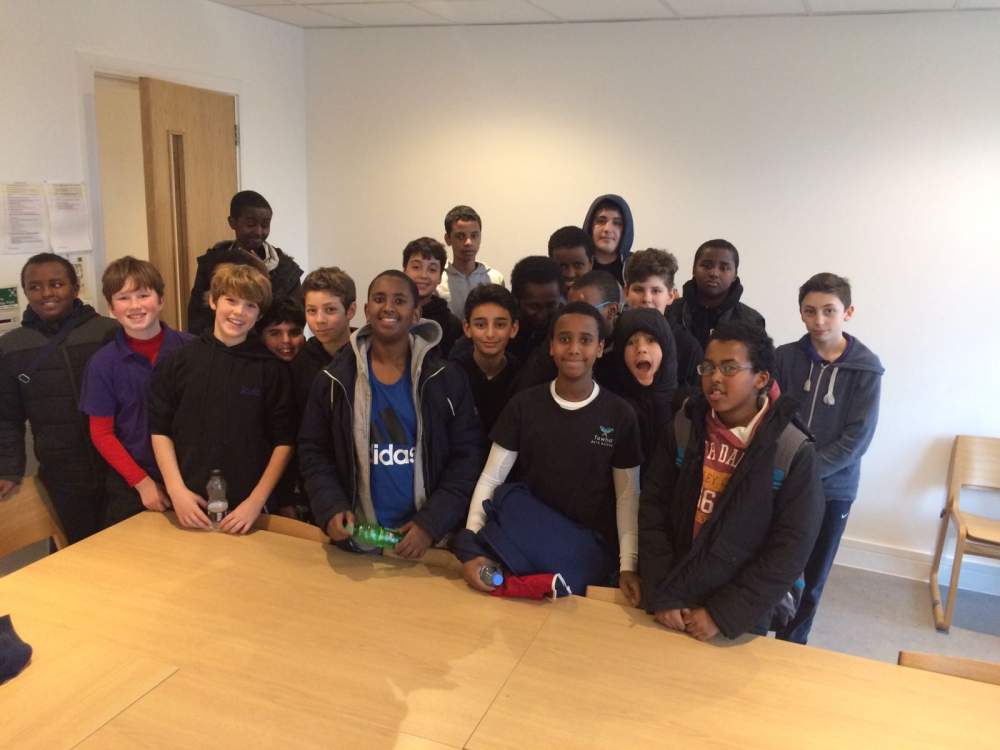 21/12/2016
Bringing different faiths together through football

The first linking day between JCoSS an Tawhid boys, Isalmic school in North London, took place last Wednesday, and was a great success. Eight boys from Year 8 took part in the schools linking project supported by the Three Faiths Forum. The day focussed on faith and football, and how the beautiful game brings people together, regardless of backgrounds. Both schools had the chance to visit the brand new Hive building, home of Barnet Football Club; the boys watched the first team train, and had an exclusive sneak peak at an advert with a undisclosed world famous footballer. They then took part in various football drills, and played a football match with mixed-school teams. After lunch the group opened up a lengthy discussion about each other’s faith, with thought provoking questions and a sincere interest into the differences and similarities between both faiths.

Many barriers were broken down, and new friendships formed, and we’re very much looking forward to the next two meetings, one of which will take place at JCoSS and the other at Tawhid Boys.