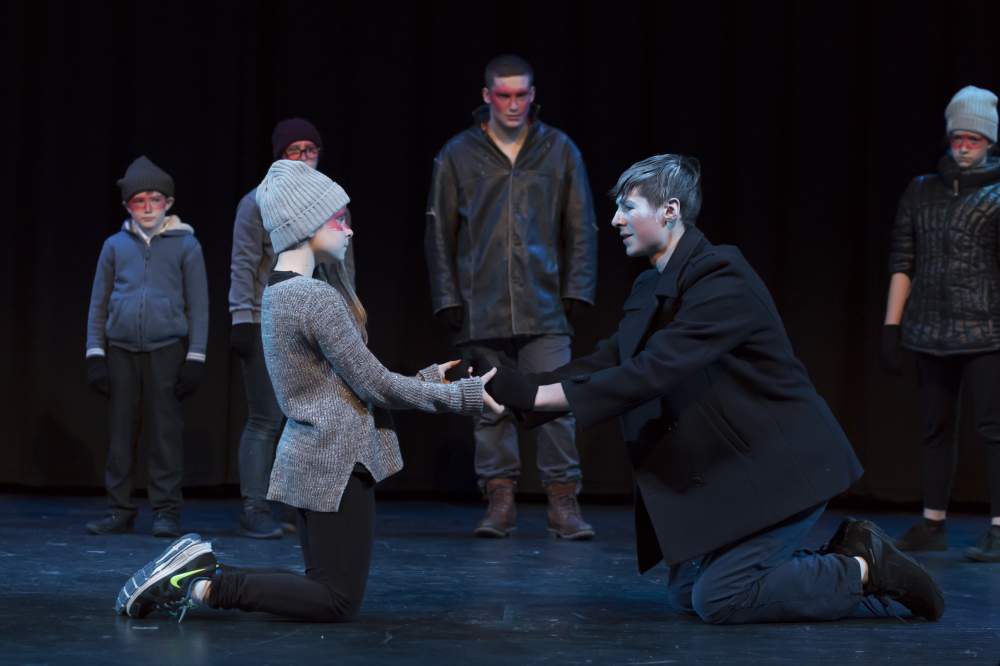 We are very proud of the cast and crew of King Lear who put in an amazing performance last week.  Below is a performance appraisal written by William Isgrove, a Shakespeare School Festival Assessor:

Many congratulations to the cast and crew of JCoSS on their fantastic production! I’d like to highlight a few things from this group that stood out, wowed the audience and made this Shakespeare Schools Festival night an evening to remember.

The opening scene really established not only the mood of the play, but the unease and imbalance of Lear. The whispering, creeping figures brilliantly foreshadowed the drama to come. A great example of fantastically clear storytelling.

Throughout the play the actors displayed incredible focus and concentration. This intensity helped convey the tension between characters and the power of the story. The actors all had real presence on the stage and their motivations and desires were well developed and clear to the audience.

The actors showed great command of the language and control of a very complex and demanding plot. The ensemble work was used brilliantly to shift the scenes, moods and locations of the play and to raise the stakes for the characters and the audience.

This was an incredibly powerful and mature production from a very talented and connected cast.

“It’s a significant achievement to do something as difficult and aspirational as perform one of Shakespeare’s plays on a professional stage. Everyone who’s taken part should be so proud of themselves.”

I would like to congratulate everyone involved in this superb production. I hope to see your school in the Festival again next year.