Home » The First Give Project – JCoSS students win £1,500 for their chosen charity 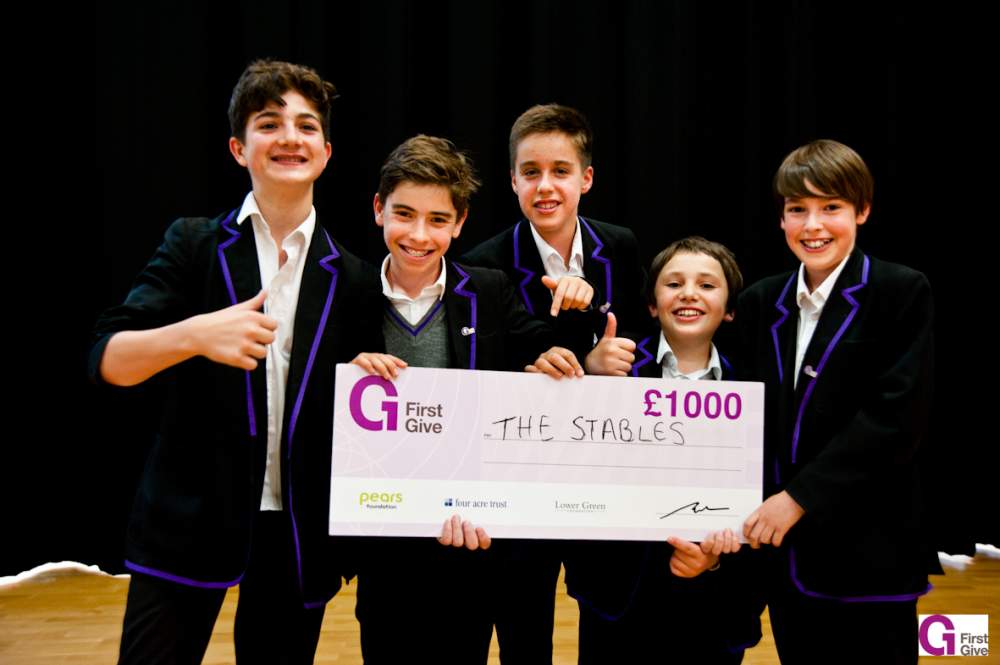 The Jewish Education department have spent the last half term working in partnership with the First Give project to build a culture of giving amongst Year 8 students. Students have had to choose a social issue that they are concerned about and a charity that works to alleviate that social issue. Students then researched and prepared a presentation that they gave to the rest of the class about that charity. Many students spent time researching and making contact with those charities in a bid to discover how they would spend £1,000. The charities were extremely varied from Norwood to Jewish Women’s Aid, from Oxfam to Cybersmile.

Each class chose a finalist to go through to a grand final which was held on July 20th. The winner would receive £1,000 to go towards their chosen charity and two runners up would receive £250 for their charities.