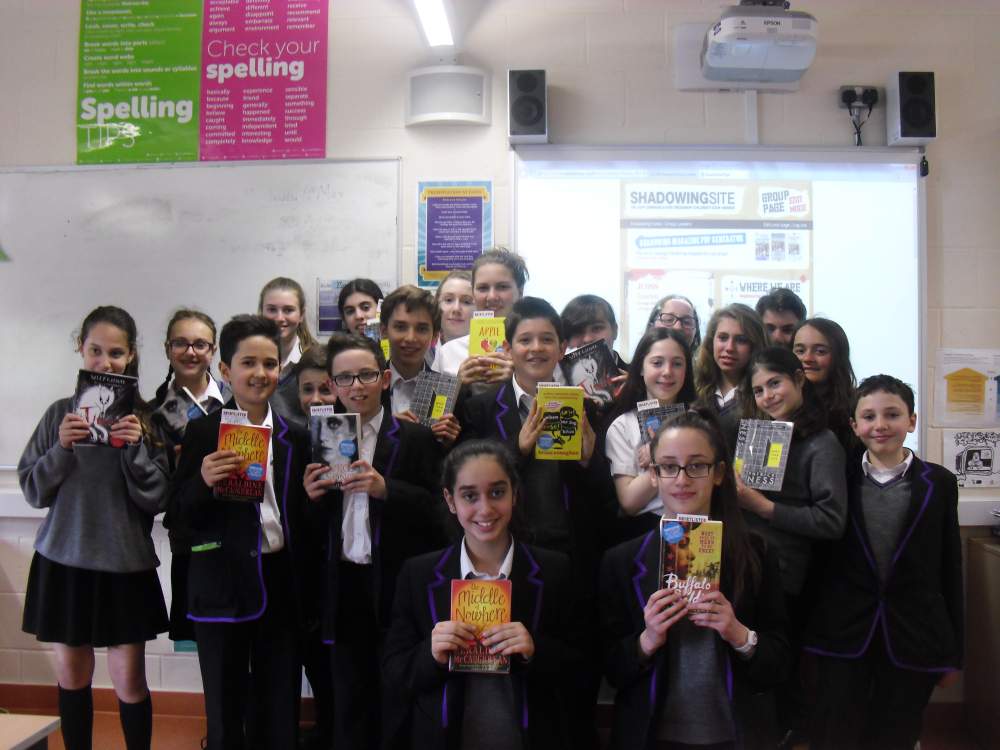 For the past few weeks a group of JCoSS students in Year 8 and 9 have been taking part in the Carnegie Shadowing group. For those who don’t know, the CILIP Carnegie and Kate Greenaway medals are the UK’s oldest and most prestigious children’s book awards. It is a yearly award where a group of shortlisted authors have the opportunity to win the Carnegie medal. Students play a valued role in the Carnegie awards. Students read the selected books, they can then write reviews on the Carnegie Shadowing site. Authors and judges aim to read the reviews written by us, students. We were able to give our views and express what we liked and disliked. One of my favourite parts of the award was not only being able to share my opinion but being able to hear different perceptions of the story that I would never have thought of myself. There was a weekly Tuesday group where students met and discussed the books. The winner was revealed on the 22 June 2015, and it was my favourite of the Carnegie books, Buffalo Soldier by Tanya Landman. The Carnegie awards were an experience that I really enjoyed, it encouraged me to read and it also introduced me to some of my all-time favourite books. I highly recommend it and I am really looking forward to taking part in the awards again next year.