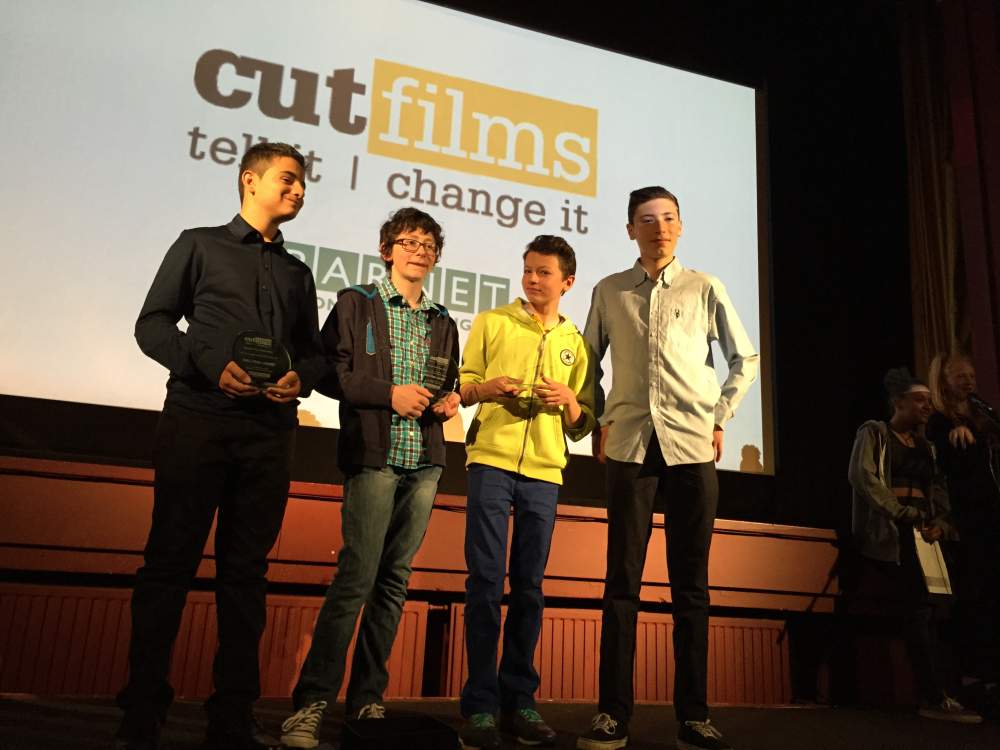 We are delighted and proud to announce that Year 9 students Ellis Prodromou, Adam Marks, Denis Antor and Josh Crampton did fantastically well at The Barnet Cut Films Awards at Phoenix Cinema in East Finchley last month.  Their anti smoking film ‘Stamp It Out Now’ won three awards including the top award of Overall Judges’ Choice, beating 69 films that entered the competition.

From 3rd July for a week their film ‘Stamp It Out Now’ will be shown at the Phoenix Cinema before the main films.
To watch the film, which is 2 minutes long, click on this link: http://bit.ly/1EXuZ3U