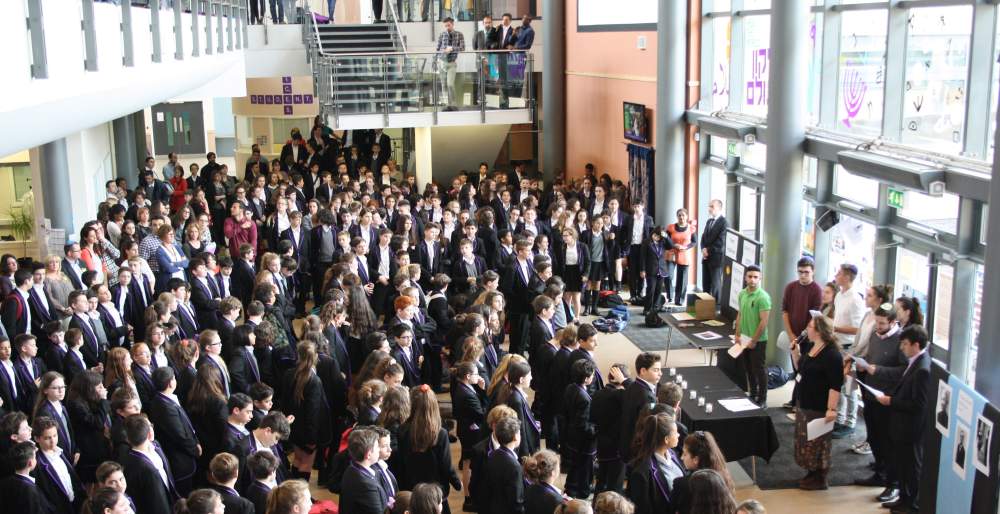 JCoSS marked Yom HaShaoah this year with an extended project and a student-created exhibition on ‘Righteous among the Nations’.  Students researched and created an exhibition based on stories about non-Jews who had saved Jews during the war.  The whole school ceremony focussed on the stories of teachers who had saved colleagues and students during the Shoah. “We felt so inspired by the amazing stories that the students researched, that we decided to build a ceremony which reflected our school community and focussed on the experiences of teachers and students during the Shoah”, explained Sara Levan, who is in charge of Informal Jewish Education in the school.  The ceremony, run by 6th form students who had taken part in the school’s annual journey to Poland, was also attended by parents who had recently taken part in the school’s first ever parents’ educational trip to Poland.