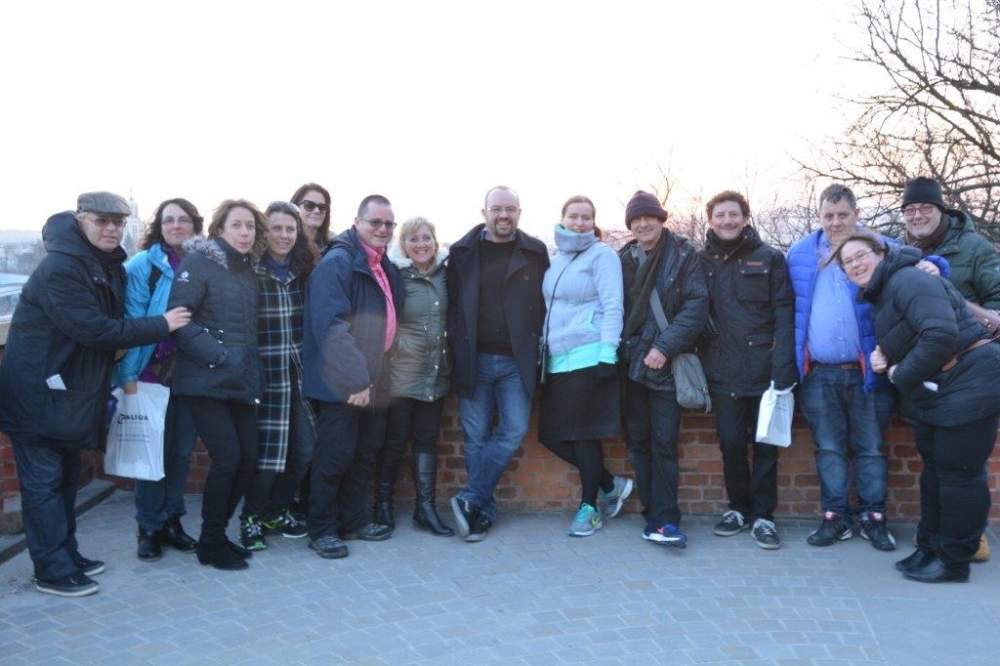 Norwood Party: JCoSS students volunteered once again at the Norwood Purim party which takes place at JCoSS every year.  Many thanks to the students who gave up their time and energy in order to make sure the party was such a success.  Many of those students are logging hours for their Yoni Jesner award, and we look forward to celebrating their achievements in the summer.

Election:  JCoSS held a mock Israeli election on 13th March, in advance of the real election which took place on the 17th March.  A team of Israeli scouts came to school, set up their hustings and campaigned hard as ‘representatives’ of all the major political parties.  In the votes cast in school on the day, the Likud Party won by a narrow margin.

First Aid:  Over 200 parents and students took part in free First Aid sessions run by Magen David Adom in school last month.  MDA are one of our chosen school charities this year, and we are pleased that we are also able to benefit from the skills they are able to share with us, as well as fundraising for them.

Parents’ Journey to Poland On March 15 – 16th this year a group of JCoSS parents took part in the school’s first ever Parents’ Journey to Poland.  Based in Krakow, the group visited Auschwitz – Birkenau, Schindler’s Factory and the Jewish Quarter of Krakow. “It was a highly stimulating and thought provoking trip, which offered parents the opportunity to have an important Jewish experience in a thoughtful and like-minded group”, said Ms Levan, who accompanied the group.

Yom Ha Shoah Looking ahead, we are marking Yom HaShoah in school this year with a particular focus on the ‘Righteous among the Nations’ – those who risked everything in order to help Jews during the Shoah.  If you have any family stories which you would like to share with us and which we might be able to incorporate into the ceremony, please do let us know.

Rosh Chodesh Our Rosh Chodesh programme continues with a pluralist programme of prayer and reflection for Key Stage 3 delivered by clergy and lay leaders from all the streams of our community.  Our speaker programme for Key Stage 4 continued last month with a thought provoking and engaging assembly with Rabbi Benji Stanley from the Movement for Reform Judaism.  We look forward to welcoming speakers from all the denominational streams of the community as well as from the Board of Deputies and the Israeli Embassy during the rest of the year. Mrs S Levan Informal Jewish Education Co-ordinator