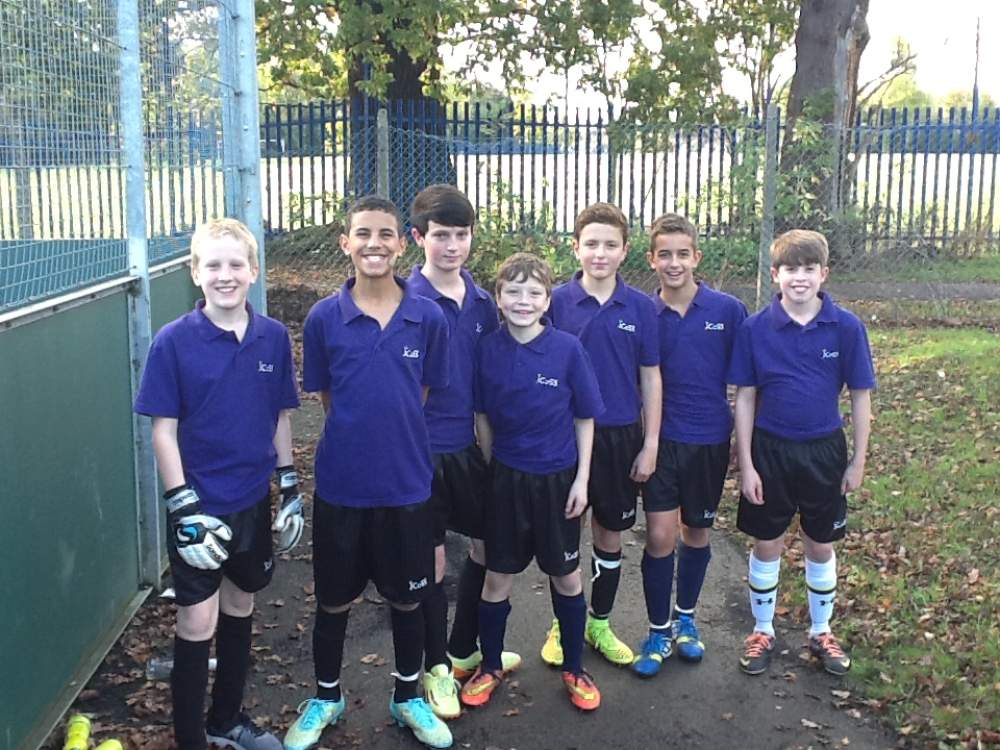 The Year 7 team played four fantastic games of football. Due to the league format the team missed out on being crowned champions by 1 point.  It was a great effort but very disappointing for the students. On a positive note Oscar Simmons finished top goal scorer across all three competitions. (The team included Aden Brazil, Oscar Simmons, Lior Solomons-Wise, Izzy Fishman, Sammy Kebede, Jamie Richardson and Benjamin Mallandain)

The Year 8 had a mixture of results and although they finished joint third, as a result of poor goal difference the boys ended up in fifth position. The team consisted of Dominic Murphy, Grant Birke, Jack Warren, Callan Stepsky, Ben Andrews, Cody Roth and Max Aston.

The Sixth form football team opened their season with a home game. Mr Mitman praised their effort and commitment as many of them haven’t played before. Stand out performers Jamie Rones and Aaron Spalter. Jamie scored two fantastic goals in what ended up in being a defeat.

The Sixth form also began their basketball season against a very strong Finchley Catholic team. Sammy Bradley topped the scoring charts for JCoSS, playing an age group up. Mr Mitman praised their effort and perseverance, bearing in mind no-one had played before. The stand-out performer was Jake Chweiden, not only playing an age group up but also to have the confidence in his own ability to play point guard.

The girls’ indoor football league has started for the Year 8&9  and 10&11 teams, with both teams putting in strong performances after a tough first match against the reigning  champions.   The younger team have made big improvements in performance with goals coming from Rio Rosenberg and  Noa Taylor, with an outstanding goalkeeping performance by Libi Sears. The senior team were brilliantly led by
Jodie Rich and are looking forward  to building on their opening performance.

Also the KS4 year 11 badminton team progressed through the Barnet schools round to regional round. JCoSS will be representing the Borough in the next round. The team were James Cubin (stand out performer), Zak Jackson, Aaron Shimoni and Saul Fenton.  The Year 10 team consisted of Saul Fenton, Aidan Raphael, Gabriel Plat and Scott Leveson.