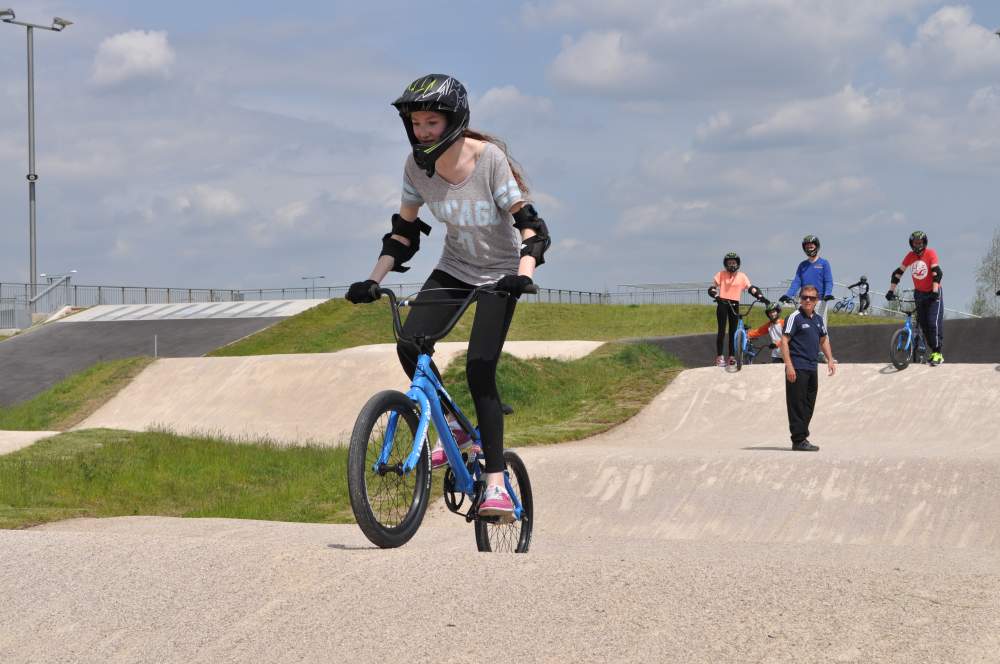 Earlier this term, the 15 students in Year 8 with the most achievement points were given the fantastic opportunity, on a beautiful day, to go BMX biking right next to the Velodrome, Olympic cycling stadium in Stratford. We took the minibus to Cockfosters station and three tubes to our destination in Stratford. When we arrived we walked through Westfield to the Olympic park where we could see the most amazing views of the Olympic stadium and other Olympic sites, stadiums and famous buildings. Then it was a short walk through the park, where we ate lunch, and then it was on to the Velodrome BMX course.

As we approached the stadium, most of our hearts were pounding as we could see what was in store for the next hour and a half. It was incredible. There were so many bumps and ramps that the BMX Olympians went on and so would we. We then went into the room with all the safety gear that we had to put on. These were helmets, knee and elbow pads, and grip gloves. After that, we went to collect the most important item of all, our bikes. We were shocked to see the bikes as they were so small and only had one brake. Then, it was finally time to start riding. But before all of this, we had a quick safety talk and practice on the flat surface. Some of us found it hard to ride without sitting down on the saddle. However, it was really easy to pick up. Once we all got the hang of it, we were split into two groups, the confident and the less so. Then we were taken to the actual track to have a ride. When you first get ready to go on the ramps you start to think about the consequences of falling, but once you get going you realise it’s extremely good fun and easier than you originally think. Some people actually got round to doing the whole course. You have to be prepared to fall off on the odd occasion but we learned a few techniques to prevent that. Unfortunately, some people picked up a few scratches, but that was the worst of the ailments. After that, we returned everything and headed home. All in all we had a great time and felt very fortunate to have been given the opportunity and grateful for the teachers that came to supervise.