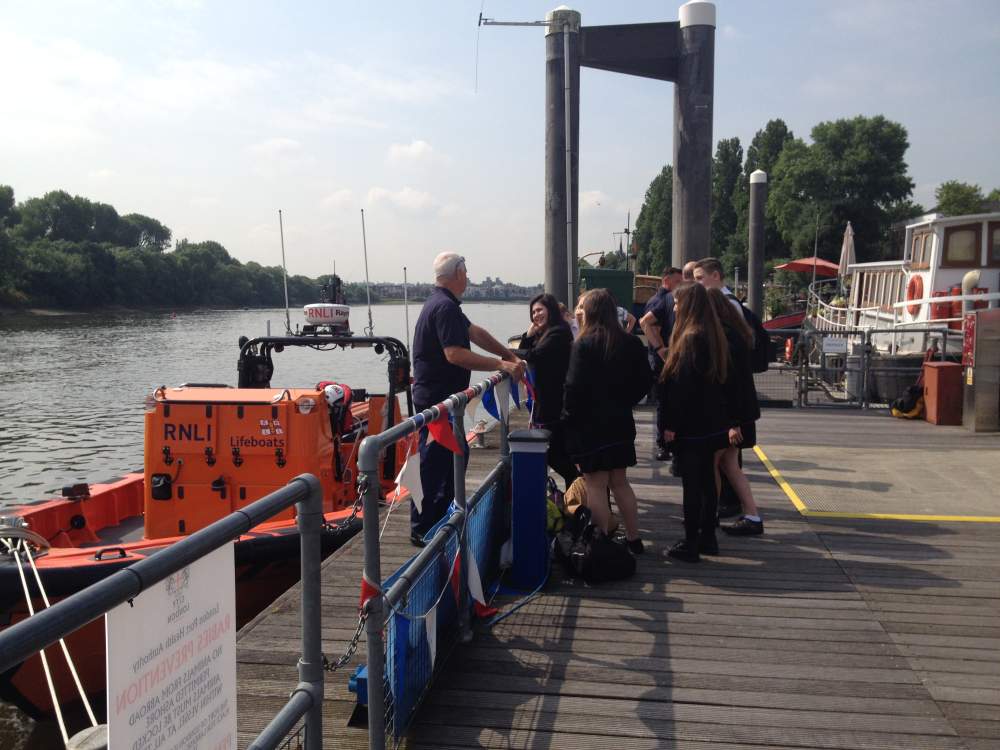 A challenge was set for JCoSS Media Studies GCSE students to create a new advertising campaign for the RNLI. Education Officer Chantal Carr came to JCoSS to launch the project, in which students had to create a billboard poster and radio advert to encourage donations and volunteering for the charity. She then came back again 2 months later to judge the competition, which also formed part of their GCSE controlled assessment. The winners went to visit the RNLI in Chiswick to see exactly who their campaign would be representing, and their artwork is being printed in the RNLI national publication later this year. The winners were: Josh Saffer, Breta Sulejmani, Amy Franks, Rebecca Alter, Tom Zini, Gemma Eshkeri, Maddie Giller and Chloe Spender.