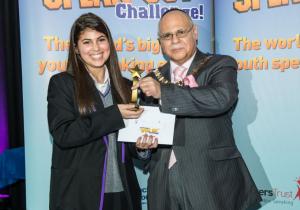 Lost for words…Not something people would normally associate me with but I was completely speechless! “Public speaking is an art form, a gift” declared Mr Christou, head teacher of the hosting school, East Barnet. So with that being said, surely JCoSS has the best gift of all, Jamy Bristol-James. I think I was more nervous than Jamy when we first entered the grounds of the inspiring school building before us. There was a hub  of nervous tension in the reception area; one which, on the face of it, had a self-assured confidence. One which, I think, plagued Jamy with a little self-doubt. During the warm-up prior to the competition, I couldn’t quite get over just how confident a group of 15 year olds could be. Even at this stage I was willing Jamy to show them what she had, blow them away, instil a little bit of fear in the other contestants; I guess that’s just the competitor in me. But Jamy didn’t need to play any games. All Jamy needed to do was to be honest and true to herself and then the rest of the audience could be blown away by what we at JCoSS already know; her sheer brilliance.

Whilst the technical run was happening, the crowds were gathering and the adrenaline started to take effect. The ‘Jamy Bristol-James Fan Club’ or self-proclaimed ‘Scream Squad’  had arrived commandeered by Ella Levene, Lottie Fishman and Rosie Felt. As I clambered across two rows to secure seats with any and every item in sight, Jamy remained cool, calm and collected (or at least on the exterior). As each student went through their very own carefully crafted speech, I continued to steal reassuring glances at Jamy.

It was down to last year’s regional winner to act as Master of Ceremonies introducing each speaker with a witty one liner. Whilst I don’t remember exactly what was said, I do remember thinking that it simply wasn’t indulgent enough to capture Jamy’s true spirit. Come to think of it, it made complete sense. Jamy has never been one to acknowledge her own greatness or ever used any excuse (of which she has many genuine reasons) to hold her back from achieving above and beyond. Of course, the JCoSS massive went mad and took the roof off with cheers and applause. The ‘Good Luck Jamy’ banner came out and the vibration of the auditorium was felt. As the crowd fell silent, it was time for Jamy to take to the stage.

“What is Fear?” she posed. It was that exact moment I realised Jamy didn’t need to instil fear in other speakers and she certainly didn’t need any reassuring glances from her Head of Year. I could rest in the knowledge that Jamy would indeed “Knock ’em dead!” and of course she didn’t disappoint. She was enigmatic and memorising on that stage and had such truth, honesty and maturity which was way beyond her 15 years. As she stood there rooted to the stage and delivered her speech, the sense of pride was overwhelming. There were no gimmicks in Jamy’s speech; a GCSE Drama student who didn’t need to play a role to sell her point. What Jamy offered was the truth, her truth, her personal story. There were students before and after Jamy who were equally inspiring but there was only one speaker, in my opinion, who connected with the audience in such an honest way. What I couldn’t get over was the bravery it must have taken to speak in front of a packed audience at such a tender age. Not only deliver an inspiring speech but the courage to share something so personal about her life; living with a chronic illness. Jamy was right when she said that to look at her, you wouldn’t have a clue she was suffering. I was reminded at the end of last term, when I was called to comfort her in the Maths office whilst she lay there in pain and completely helpless. I think that it why I almost shed a tear when Jamy was announced as the regional winner of the JP Speak Out Challenge. Amongst so many others, I had the privilege to witness this young woman face up to fear and win the battle.

Of course, we could end the story here but it wouldn’t necessarily reveal the complete picture of Jamy’s inner beauty. No doubt it was scary standing in front of a crowd and talking about something important to you for what seems a lifetime. For one particular speaker, it was heart wrenching to see her freeze on stage. There were gasps from the audience but not even the rally of an applause could help her get back on track. Yet again, our very own JCoSS Superhero, ‘Little Miss Mensch’, was there to save the day. Jamy dug the girl’s speech out of her bag, powered her way down to the stage and presented it to the young lady. Need I say more?

As the judges began totting up the marks, the audience were treated to some beautiful music offered up by East Barnet’s very own talented students. It must be said that East Barnet hosted the event spectacularly, from the refreshments and student helpers, to the talent, their hospitality was excellent. Of course I would say that, when they made two beautiful cakes of which JCoSS received one for being the most supportive school. The other was due to go to the winning school but seeing as we had one both, it was given to the MC. And so to the announcement of 3rd place, runner up and winner of the regional Speak Out Final. When 2nd place was announced, my heart rate began to increase. I actually likened this moment in staff briefing to the scene where St Francis High School won the all-state Choir Championship in the Whoopi Goldberg classic, “Sister Act 2: Back in the Habit”. Perhaps it wasn’t quite as epic but it certainly seemed it at the time.

I have many proud moments working at JCoSS but to date, this is perhaps the one that takes the biscuit. Jamy is a credit to her family, friends and the school and I am honoured to be her Head of Year! Huge congratulations on your success Jamy and roll on the Grand Final. 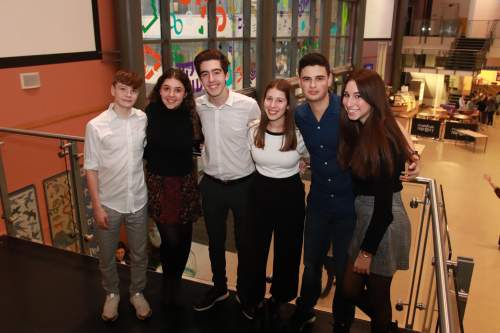 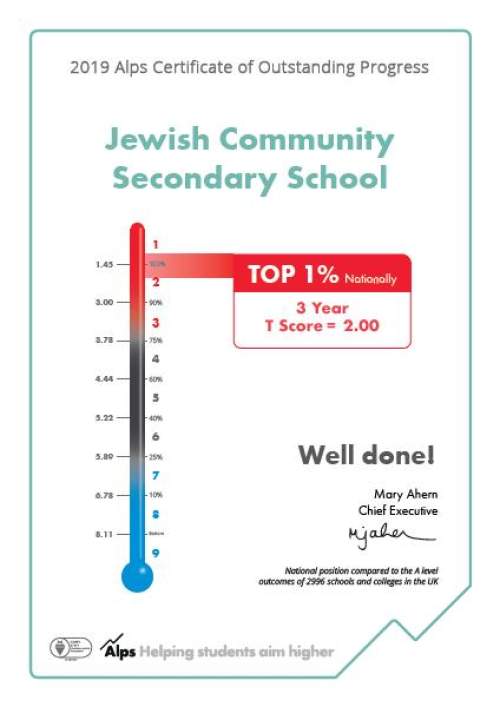 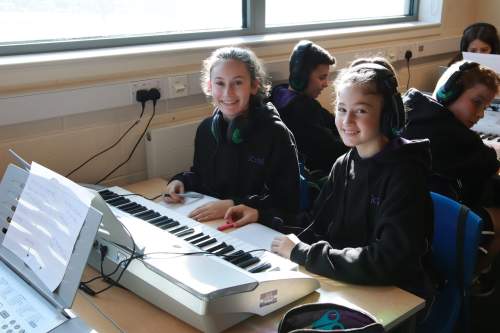 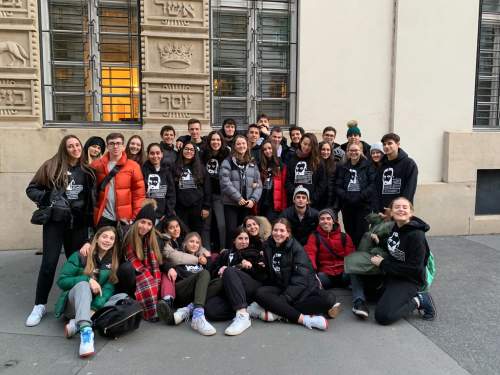