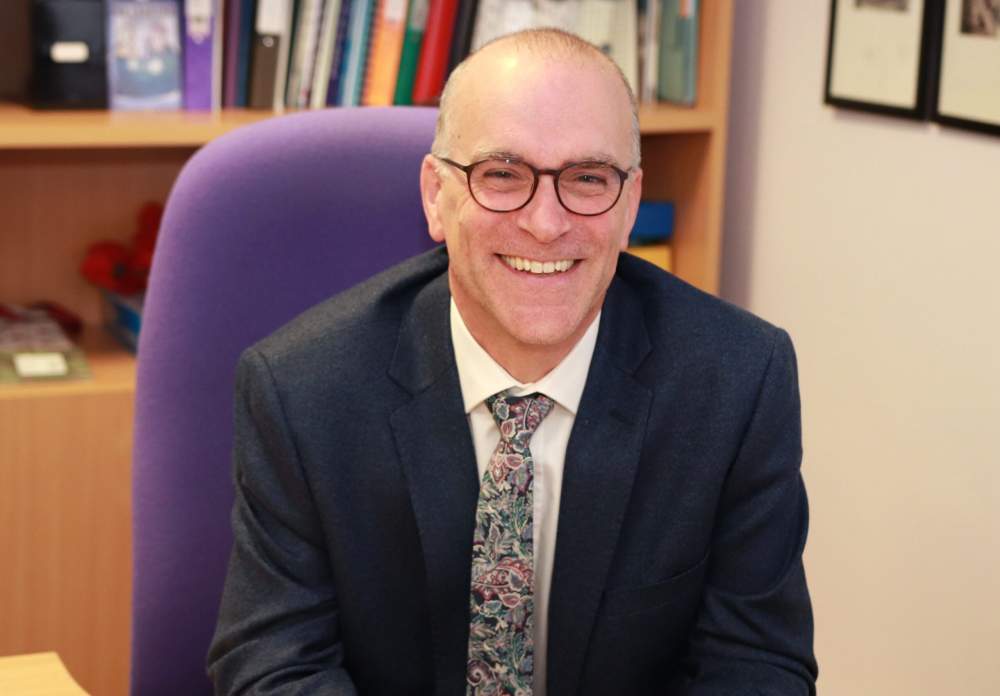 Patrick Moriarty, JCoSS Headteacher, has taken the decision to leave JCoSS after 13 years at the school and 10½ years as Headteacher.

With several years to go before retirement, he is not moving to another school but will be leaving to explore new endeavours.

In a letter to parents explaining his decision, Mr Moriarty wrote: ‘This as you can imagine, is a huge and very difficult decision to take.  I have been at JCoSS for a third of my professional career and for the whole of its life as an institution.  In so many ways its life has been woven into my own, and I have a heavy heart as I contemplate stepping away from a place I love.’

Mark Freedman, Chair of Governors commented: “It goes without saying that this is a difficult announcement to make, given the exceptional contribution Patrick has made in leading the school through its formational years, and establishing its reputation across both our community and the wider population.

“We have a huge amount to be thankful to him for, and the school will feel the loss of his departure. That said, the Governors are excited about the next chapter in the JCoSS story and will be looking to appoint an exceptional Headteacher as Patrick’s successor in the coming months, plans which are already underway.”

The Board of Governors’ intention is to appoint a successor to start in January 2023.  This gives plenty of time to find the right person, and the Governing Board is grateful to Mr Moriarty for indicating his flexibility on departure date.

Stephen Lavender will be assisting JCoSS in this process.  He knows the school well: having been closely involved as a consultant in setting up JCoSS, he then served as a Governor and as Associate Deputy Head.  He also has long experience of appointing Headteachers to high-profile schools in the local area.

A group of Governors and Trustees will work with him on the recruitment process, together with a firm of Head-hunters experienced in recruiting to high profile Headteacher positions, to help secure the right candidate for this important role.

Mark Freedman concluded, “I know that Patrick is a hugely popular Headteacher and this news will be received with much sadness from parents and students alike.  I am confident, however, that the great foundations that Patrick and his team have laid will provide a strong field of candidates to lead JCoSS into its next chapter.”